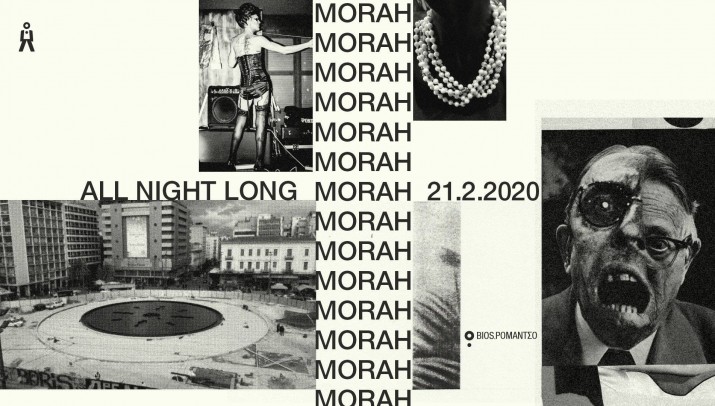 Morah all night long at Romantso

..Waiting for Translation..Born and raised in grimy Athens, his influences cover a wide range of electronic music, from, new wave, ebm, electro, techno to post punk and industrial, noise, leftfield, experimental avant garde sounds, which are pretty apparent if you get to listen to his eclectic sets.

Morah initially became known through his first release on Helena Hauff's label (Return to Disorder) called Route. He is the owner of Phormix, a platform that promotes electronic music through a label, podcast series and upcoming music with premieres on soundcloud. Last but not least the Phormix parties in Athens offer an alternative way of entertainment to the capital, a full time project who gives to the Athenian crowd something that has been missing.

He released on labels like Return to Disorder, Dark Entries Records, Suction Records, Vanila, June, Berceuse Heroique, brokntoys, Lux Rec, Clan Destine Records, he is now has the second record on greek label Vanila and a remix on Marc Ash forthcoming ep on Fleisch record and a collaboration track with Helena Hauff on Tresor, Kern Compilation.